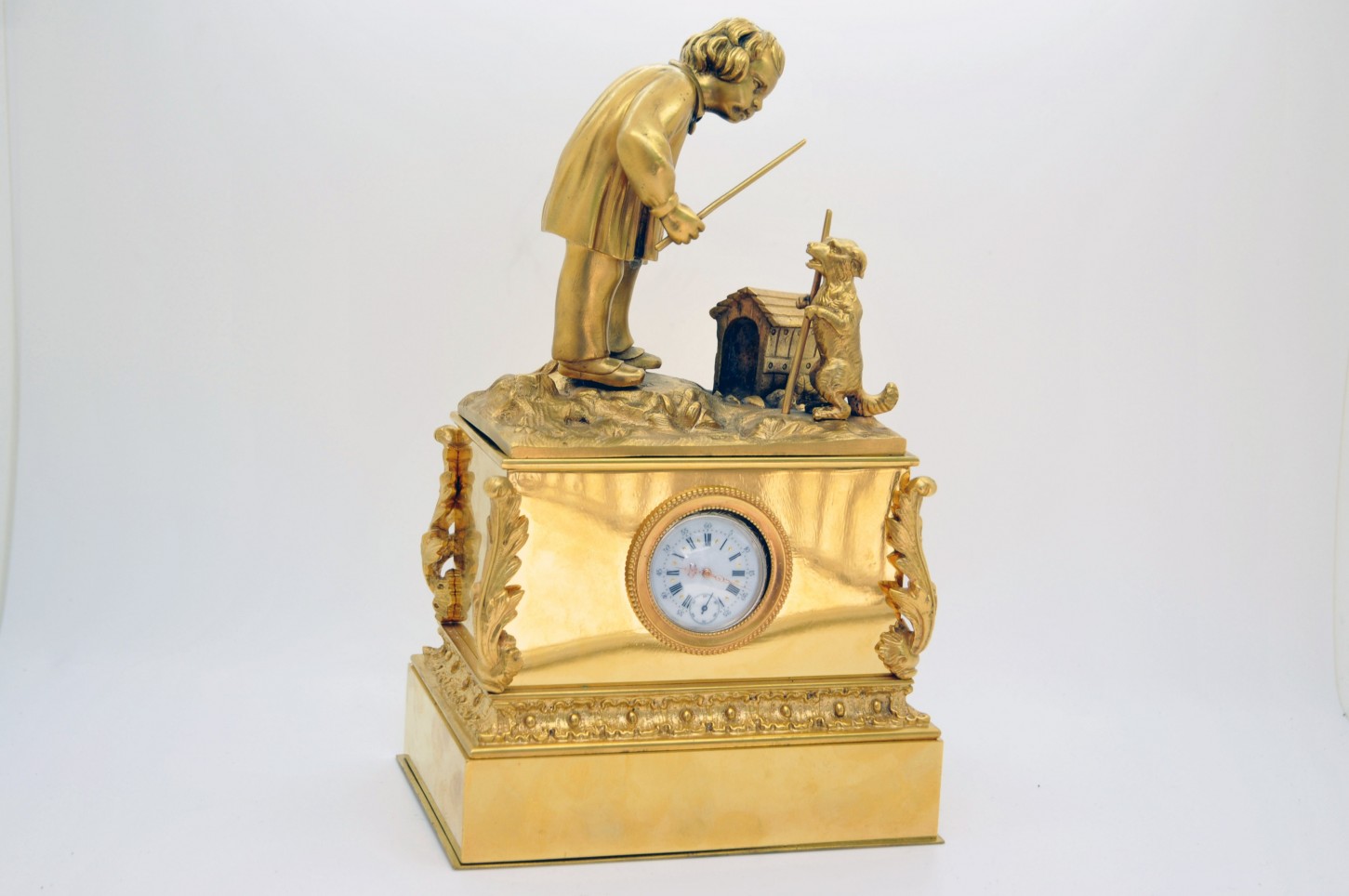 Inkwell and holder shows vintage 1810 Empire style gilt bronze.
The watch fob is solid silver and was restored (guaranteed one year).
The inkwell and sprinkler are hidden under the child's stage and the dog.

This product is no longer in stock

Let's start with a little history ... The Empire style was born in France with the First Empire under the leadership of Napoleon. So its stylistic features have almost been deducted from the ideas and values ​​that prevailed during the reign of this great monarch.

Napoleon was primarily a military leader and it is as such that he managed to conquer the heart of the French. His campaigns in Italy and Egypt, which were subsequently, major sources of stylistic inspirations allowed to power thanks to the prestige he had shot him.

Napoleon vowed a cult to ancient civilizations, hence its desire to be called emperor, not king, greatly influenced the style empire that lasted even after the fall of Napoleon.

Given the will of Napoleon to flatter the ego of the French giving them an empire, far from the excesses of divine right monarchy they had driven fifteen years before coming to power, while in the first Empire had to recall another glorious and legendary period: ancient Rome.

The main component of Empire style is the reference to Roman Antiquities but also Greek and Egyptian.