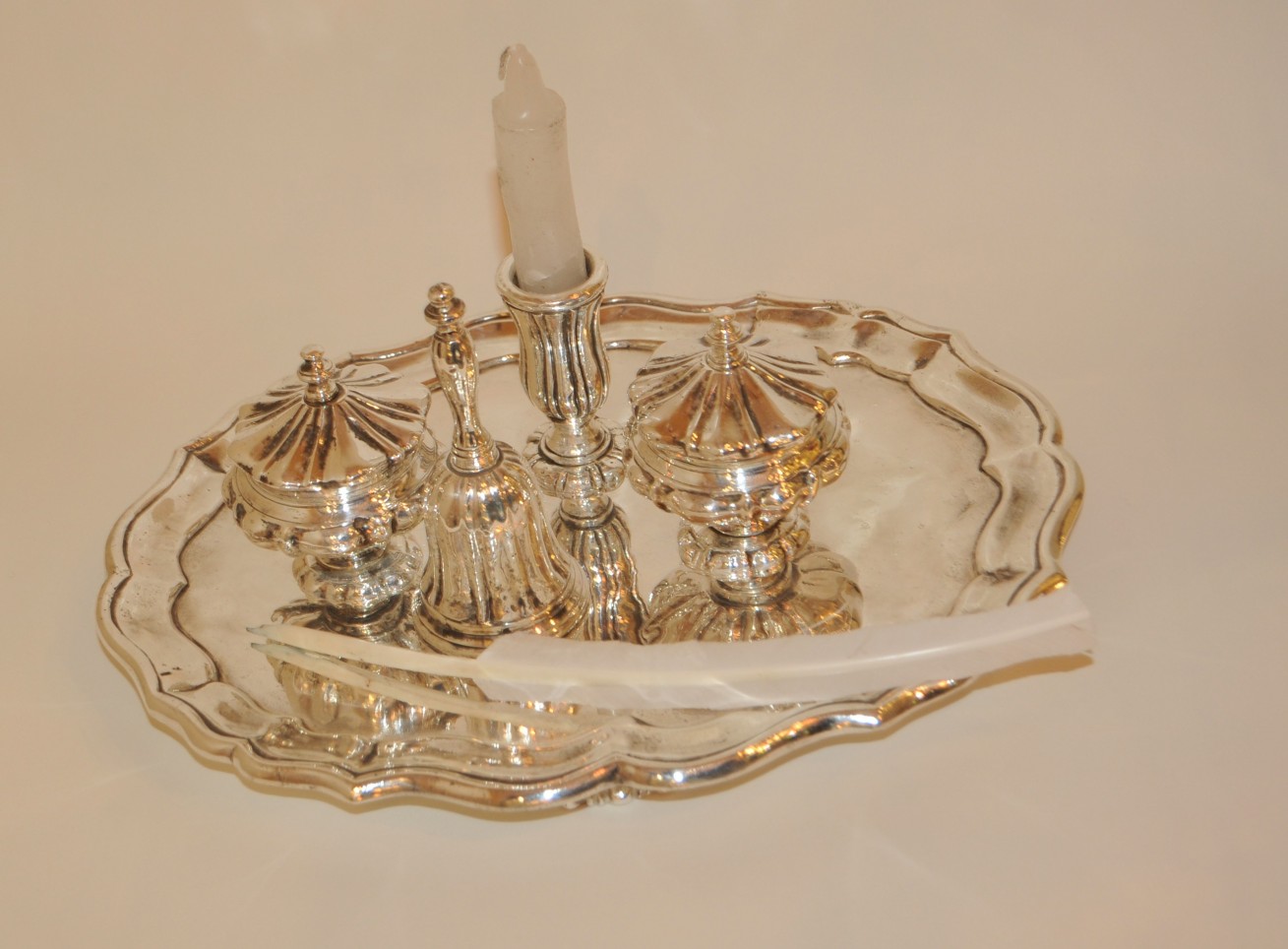 Inkwell classical style consisting of a tray covered with modular pieces which are placed an inkwell, a shaker, a candle holder and a bell.

This product is no longer in stock

The Louis XV style is iconic style of the eighteenth century. Under the reign of the Beloved, furniture reached a golden age.

The Louis XV style is deeply marked by the rock aesthetic. The young Louis XV was only five years old when he became king. Sacred in 1722, it exercises the power that from 1742 until his death in 1774.

The Louis XV style began around 1730 and ended in the 1760s successor to the Regency, he says the break with the Louis XIV style, more austere.
The decorators Nicolas Pineau, Juste-Aurèle Meissonnier shall make the rock vocabulary mode. First based on asymmetry and pronounced curves, style settles down around 1745 and leaves room for symmetry. It celebrates nature: flowers, acanthus leaves, shells adorn the furniture, marquetry or natural wood, and seats.
The transformation of the apartments and the creation of "small apartments" most intimate is the origin of the creation of several furniture or seats. The slope of the office, the alcove bed or sofa, for example, are inventions of the Louis XV style. It was under the reign of Louis XV that develops taste for chinoiserie or orientalism and the face of new "materials". The lacquer panels imported from the Far East, covering some very fine furniture and the Martin brothers are developing a method to copy cheaply Oriental lacquer, varnish Martin.
By province, the Louis XV style fits in each region to taste and local woods. It will continue also in most regions until the early nineteenth century.

30 other products in the same category: